Kenya is one of those rare Commonwealth countries that has a large Indian diaspora population but where cricket isn’t so popular. It used to be. Kenya is only an associate member of the International Cricket Council, as is the United States, and so does not play test cricket, but thanks to some good qualifying tournament play, it has made it to the World Cup. It did so in 1996 and 1999 under the leadership of Aasif Karim. The spin bowler came out of retirement when his side qualified again in 2003 for the last world cup in South Africa. He had served as captain of the 1999 side. 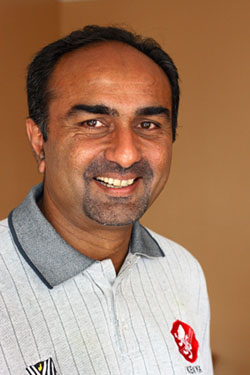 When I met him in his home, we tried to determine if his Indian descent and national team captaincy represented any sort of “first.” We wondered if he was the first desi to captain a national team (other than a team from the subcontinent) in a world cup (any cricket-mad mutineer know differently?).

Kenya won total of five matches in 2003, and Aasif was named Man of the Match for his performance against Australia (the world champions), even though his side lost. He enjoyed playing at the highest level but after the cup decided it was time to move on. Kenya’s commitment to cricket was small (professional sport here is hardly funded at all; even soccer, the most popular sport, lacks facilities, organization, and a commitment to development). But wouldn’t he like to be Kenya’s Brian Lara, perpetual captain and national cricket icon? “Better to go when they ask, ‘Why did you retire?’ and not ‘When are you going to retire?’”Â” he says. At 43, Aasif has his hand in a number of projects. He is the managing director of an insurance brokerage (he earned a degree in business and insurance from Howard University in Washington, DC), runs a small magazine devoted to sports in Kenya, works a little in real estate, and is organizing twenty-five years of press clippings and photos in the hopes of writing a book. Â“”There are no books about sports in Kenya,” he says. “No sports figures have written books, even though many of our athletes have done very well internationally.Â””

In Kenya, he says, no one knows who he is. Â“”But when I go to Mumbai, I’m always asked to sign autographs.Â””

His family is originally from Mumbai. His father was born there and emigrated to Mombasa, on Kenya’s coast, where he became a sports icon himself. Yusuf Karim was Mombasa’s tennis champion for a solid twenty-five years (1951-1977). He also played for Kenya’s national cricket squad.

Aasif went to Howard University on a tennis scholarship and had a tennis career of his own before playing cricket. How many fathers and sons have played for their country’s national cricket and tennis teams?

Aasif enjoys life in Nairobi. His family–Â—wife Nazneen, daughters Fatema (17) and Zainab (9), and sons Irfan (14) and Imran (4)–Â—enjoy the weather, the cosmopolitan atmosphere, and the restaurants. The kids are all into sports themselves. They have a lovely home in the Lavington section of Nairobi in a new development Aasif built, which includes space for his office, so he is always nearby.

He is looking for business opportunities. I suggested Bollywood. He’s quite tall and fit, with a rich deep voice. “Â“Yes, people tell me I look like Amitabh Bachchan–Â—but only from a distance.Â””

Here are some pictures of Aasif and his family, in his office and home. He’ll follow this post, so feel free to say hello, especially if you’re a Bollywood casting agent or a book publisher!

All images by Preston Merchant 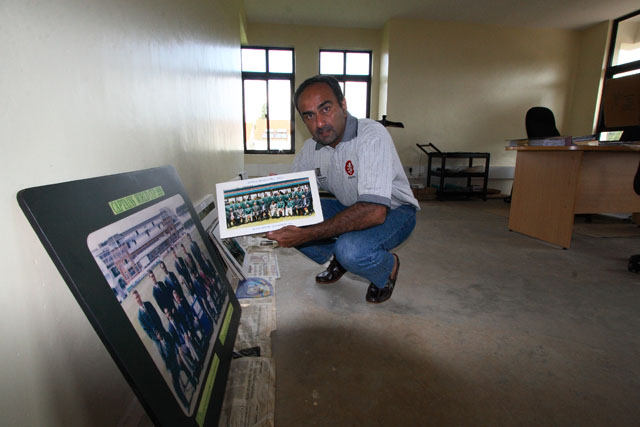 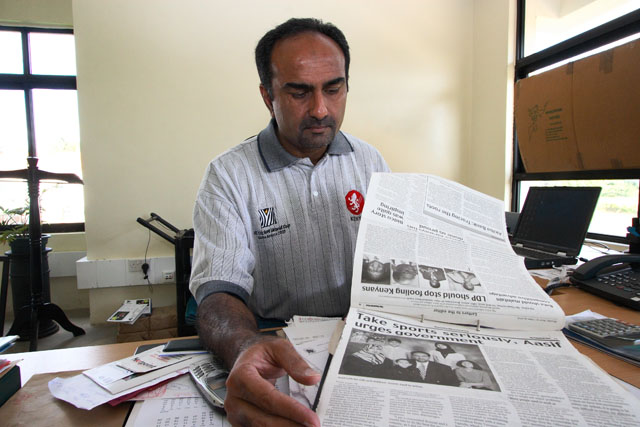 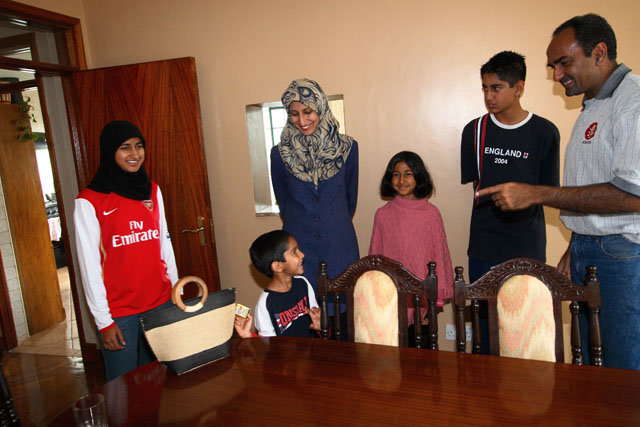 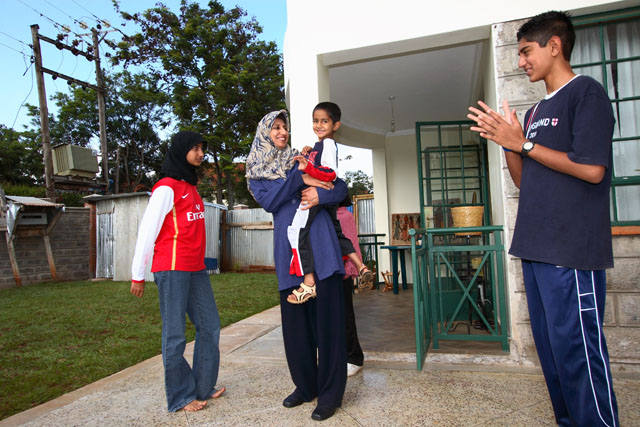 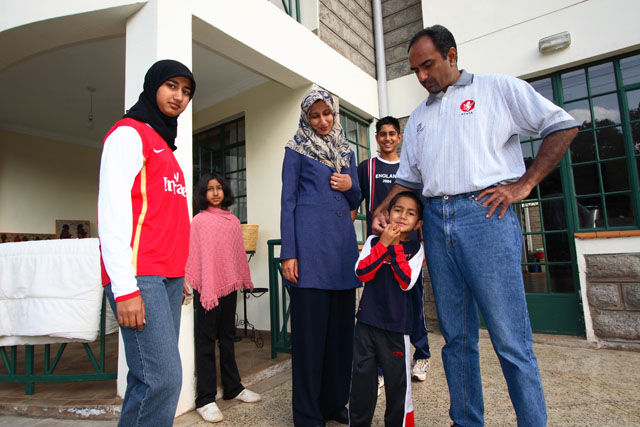 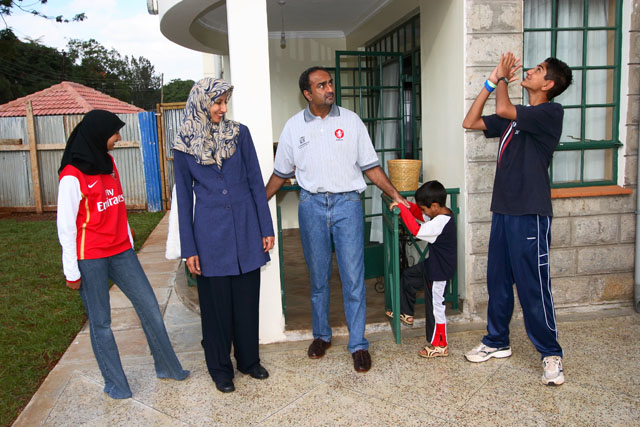 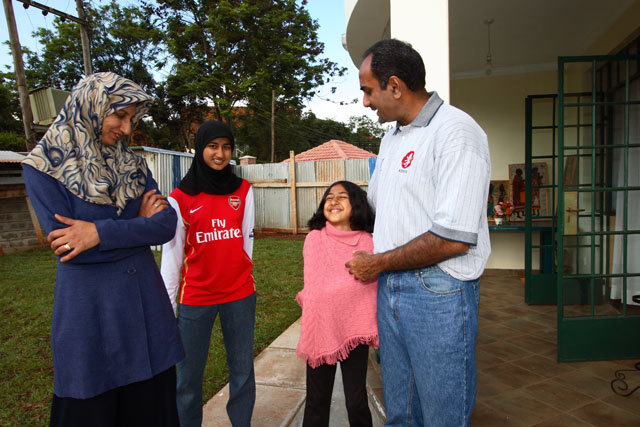 43 thoughts on “Kenya’s Man of the Match”